PRNordic | Daedalic’s The Pillars of The Earth Out Now For PC, PS4 and Xbox One
2868
post-template-default,single,single-post,postid-2868,single-format-standard,ajax_updown_fade,page_not_loaded,

Daedalic’s The Pillars of The Earth Out Now For PC, PS4 and Xbox One 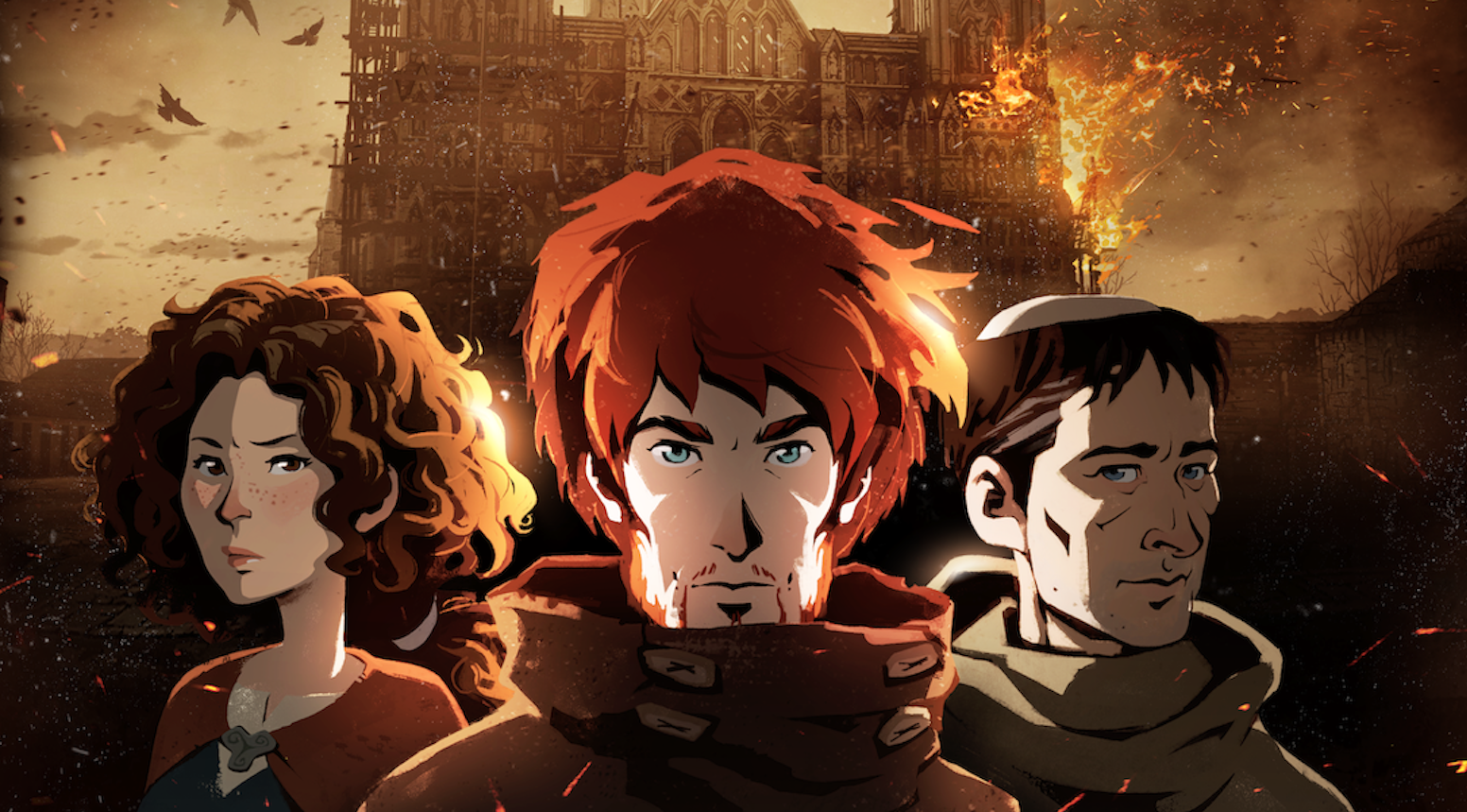 Based on the International Best-Seller by Ken Follett,

Today Daedalic Entertainment has announced that their highly anticipated interactive novel, The Pillars of the Earth, is now available on PC, Mac, Linux, PlayStation 4, and Xbox One. An adaption of the best-selling historical book of the same name by Ken Follett, The Pillars of the Earth is a one-of-a-kind 2D interactive novel. The story follows a memorable cast of characters in this twelfth-century tale of the construction of a mighty Gothic cathedral which stunned readers and critics alike with its ambitious scope and gripping humanity. The game is available now for $29,99 on PC or $39,99 on console and can be purchased and downloaded in your favorite online or local store.Players follow Jack, Aliena, and Phillip, the three playable main characters as they contend with envy, murder and politics in their quest to build a gothic cathedral in Kingsbridge and revitalize the town. The game will be released in three “books,” each consisting of seven chapters.  Book 1 “From the Ashes” is now available and players purchase a season pass which will automatically give them access to the books 2 and 3 as soon as they are available.“It was both an honor and challenge adapting such a beloved source material as The Pillars of the Earth. We focused on staying true to the scope and spirit of the story while incorporating the more immersive aspects that the interactive novel format allows.” Matt Kempke, author and game designer. Kevin Mentz, also author and game designer, noted: “Utilizing the interactivity of the game lets us to pull the player into the story and involve them emotionally so the core story beats and decisions feel more impactful and meaningful throughout.”Set in the tumultuous period of 12th century England, “The Pillars of the Earth” sees main characters such as Jack, Aliena and Prior Phillip fight to construct a revolutionary gothic cathedral in the fictional town of Kingsbridge and put their town on the map economically, socially and politically. Such aspirations draw the ire of the the town’s rivals Bishop Waleran and William Hamleigh, a vengeful noble rejected by Aliena, who see the town and its rise to importance as a thorn in their flesh. They want to see Kingsbridge burn. This epic tale crosses decades and immerses readers in medieval life yet enthralls them in tales of heart-rending intimacy and humanity along the way.The original novel by Ken Follett has sold more than 26 million copies to date.The Pillars of the Earth features: