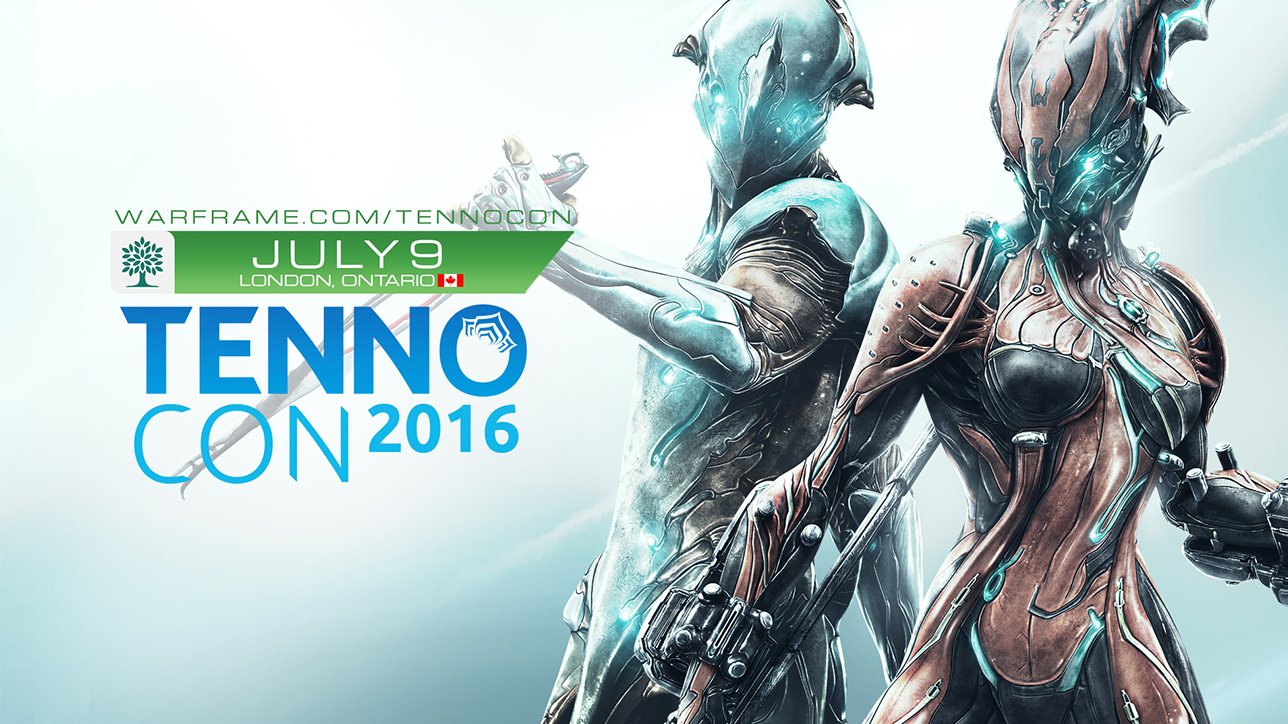 Independent games developer and publisher Digital Extremes is excited to announce first details for TennoCon, an action packed convention and celebration of Warframe, bringing together one of the world’s largest Free-to-Play Communities. Set in the heart of Digital Extremes’ hometown of London, Ontario at the London Convention Center on July 9, 2016, TennoCon offers attendees a chance to connect with the Warframe developers, well-known Warframe Twitch and YouTube broadcasters, and fellow players, better known as Tenno.Now with more than 22 million players across PC, PlayStation 4 and Xbox One, Warframe boasts a thriving in-game and online Community. TennoCon will bring this devoted Community together in a day of interactive panels, giveaways and activities focused on three major themes: Learn, Play, Connect. With a variety of panels hosted by various members of the Warframe development team, players can learn first-hand the inside track on how Warframe is made, from concept to design to live update. Warframe game stations and a mix of hands-on activities will allow attendees to play and test their IRL space ninja skills and players can meet and connect with fellow Clan members and in-game friends in the largest gathering of Tenno yet! The day’s events will end on a high note with TennoLive, a livestreaming broadcast of Warframe’s popular Devstream series where the Developers will discuss future plans for Warframe including big reveals on new content, continued cinematic quest direction and gameplay enhancements. Players unable to attend the event can tune in to TennoLive online at twitch.tv/warframe.

TennoCon tickets are available for purchase today at the official website. Three tiers of tickets include Full Day, Collector’s and Limited VIP: