PRNordic | Gameplay Is About To Get Even More Furious!
3053
post-template-default,single,single-post,postid-3053,single-format-standard,ajax_updown_fade,page_not_loaded,

Gameplay Is About To Get Even More Furious! 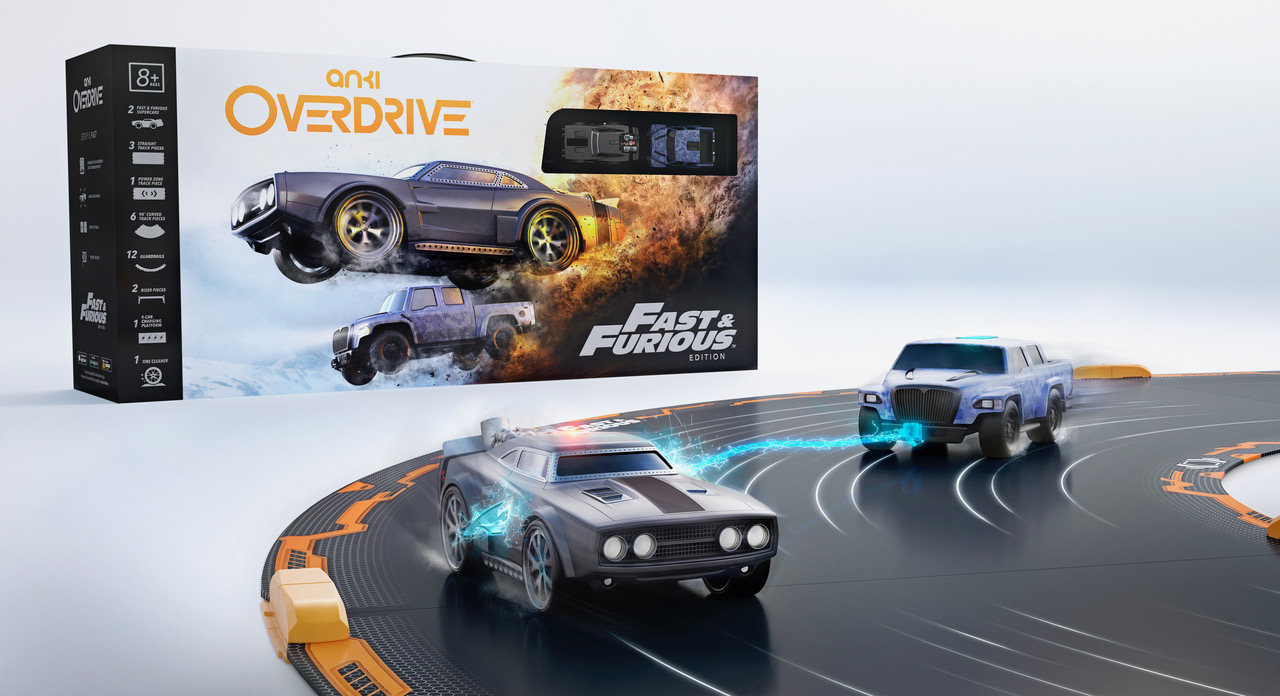 Anki OVERDRIVE: Fast & Furious Edition merges the most exhilarating elements of the hit robotic battle-racing experience – an unprecedented level of customisation and interaction in a physical game, driven by powerful A.I. – with the adrenaline-fueled world of Fast & Furious.

1. Battle-racing in the real-world – take control of physical supercars via smart devices.

2. Highly-detailed supercars – two cars based on the high octane vehicles in the films.

4. Play powerful – the all-new Fast and Furious track piece brings excitement from the movie into your game.

5. Expand your battlefield – adding an expansion kit ups the track options from eight to more than 20 different variations.

New supercars and weapons (included in the new kit)– INTERNATIONAL MXT – Hobbs’ iconic truck drives like it’s owner: tough & steady. The MXT’s weapons are blunt and direct, causing massive destruction.– ICE CHARGER – Dominic Toretto built his car for one purpose – speed. He has no problem playing fast & loose, so long as he wins!