Players of the critically-acclaimed FINAL FANTASY® XIV Online have a whole new challenge to look forward to with today’s announcement of the FINAL FANTASY XIV Online GO app.

GO, an abbreviation of Gathering Outdoors, quite literally adds a whole new dimension to the FINAL FANTASY XIV Online experience by allowing players to go outside and harvest natural resources from Eorzea™ in the real world. These can then be used to craft items and gear in-game.

“It’s about freedom”, says Haimirich Fischer, VP of Innovation at SQUARE ENIX®, “We wanted to empower over 10 million players to be able to gather wherever they want, whenever they want, without the restriction of their PC or consoles. By bridging the digital and physical worlds, FINAL FANTASY XIV Online GO creates that freedom and fosters social interaction between the members of our amazing community.”

By downloading the app, players will benefit from the combination of Square Enix’s cutting-edge software and their smartphone’s own geo-location capabilities, as they are notified about harvesting nodes and natural resources in their area. When they get close enough to the node they tap their screen for a chance to harvest the resource, exactly like they would in-game.

Alongside the app, a unique accessory will be available for use in conjunction with players’ smartphones called the FINAL FANTASY XIV Online GO Harvesting Stick.

When speaking about FINAL FANTASY XIV Online GO and the Harvesting Stick, Adalberta Gardner, Lead Designer at Amajina Apps said, “This is the most immersive MMORPG experience for players of all levels and a must-have accessory for every gathering enthusiast.”

For more information about FINAL FANTASY XIV Online GO, and to see the app in action, please visit www.finalfantasyxivonlinego.com

The official trailer for the new app can be viewed here on YouTube: https://youtu.be/drq5ER6MHAM 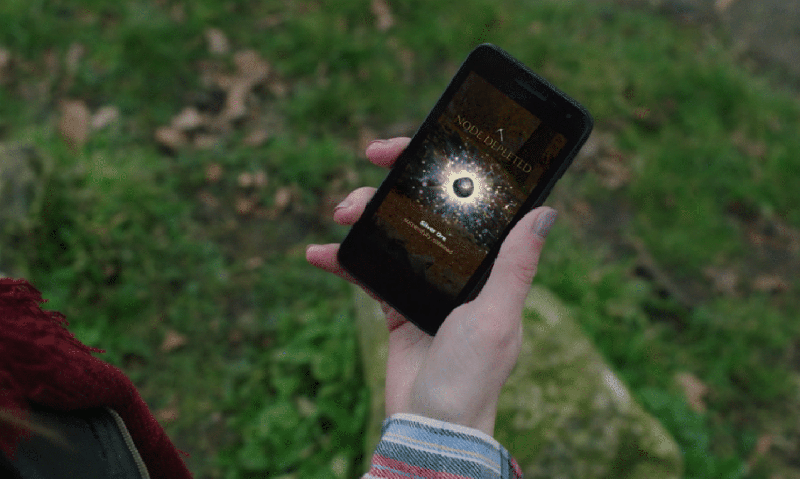 The FINAL FANTASY XIV Online Free Trial allows new players to join the millions of adventurers in the realm of Eorzea. The free trial allows anyone to access all available content up to level 35 (including PvP content), create up to eight playable characters, and experience the different playable races, classes, and jobs with no restrictions on playtime. New players who wish to experience the free trial may register here: http://sqex.to/FFXIV_FreeTrial.