Jungle Resistance is out now for PC!

The biggest jungle in the world is being attacked by Humans who are attempting to take the jungle and kill the ecosystem!

Tilburg, Netherlands – September 13, 2022 – Favour Toys Studios, are back with their latest game. This will give a new vibe and mechanic to the Tower Defense game! Jungle Resistance is a brand new isometric Tower Defense game with Kingdom Rush Upgrade Style, with branching Tower Types and it is now available for PC via Steam!

Yutan the Wise Orang Utan is trusted by the Jungle Habitant to Defend the Jungle with his knowledge. Yutan has pointed to The Habitants of The Tropical Forest, Rainforest, and The Snowy Mountains to defend the integrity of the jungle under his command.

•  Tower-building game along the way to defend your base from enemies going inside your territory
•  Manage your currency balance to give the best formation of your animal army
•  8 types of animal army that you can modify and upgrade to higher levels
•  Beware of the bosses! Humans will use this strategy as their last resort!
.
Furthermore, a mobile version of Jungle Resistance is set for release in early 2023!
. 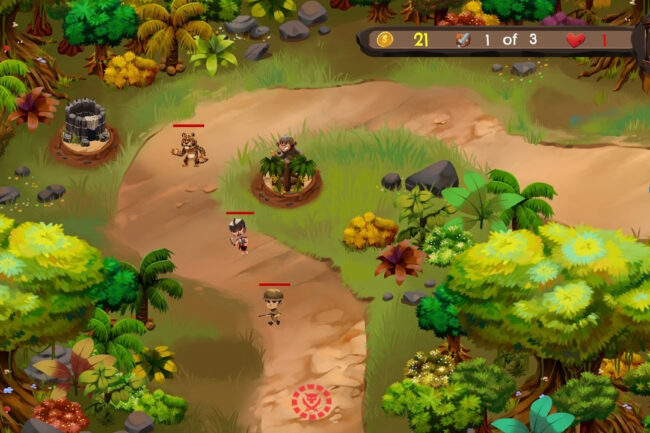 .
Check out the trailer right here!
Jungle Resistance is available right now for PC via Steam!
Follow @FavourStudios and visit favourtoysstudios.com for more news.
About Favour Toys StudiosThe passion for games continues after more than 30 years in the games distribution business for top tier publishers and studios across the globe. Favour Toys Studios is a sister company of the company 4TuneGames BV, a successful distribution company who exploits a group of companies in several regions across the globe. Each company is focussing on marketing, sales and PR and with the new sister on development of Games. The groups holds the rights on DigitumGames (active in Latin America with sales, marketing and own game centers), Favour Toys, Favour Games, Favour Toys Studios, Brizamila Entertainment, AtacadoGames digital, Anoman Studios. Favour Toys Studios develops games for multiple platforms.
2022, gaming, mobile, pr, release, steam