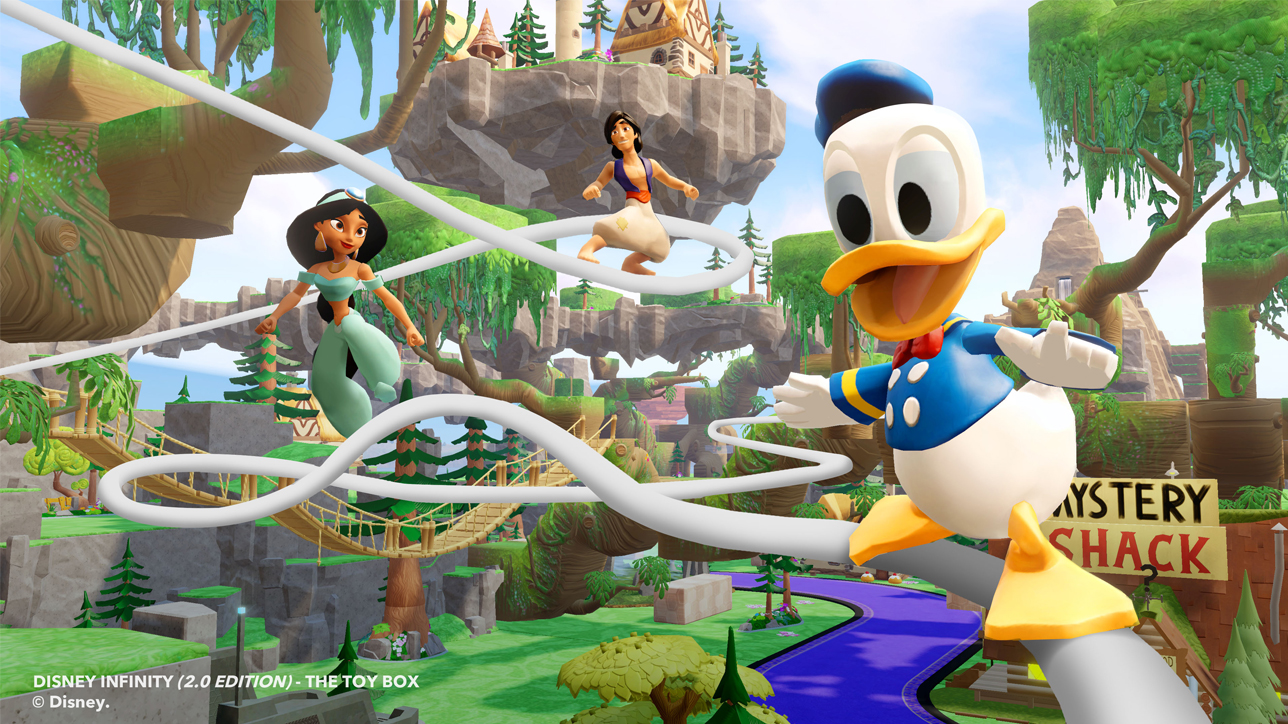 One of Disney’s most iconic characters is coming to the Disney Infinity Toy Box 2.0! Today, Disney Interactive announced that Donald Duck will join the cast of characters set to appear in Disney Infinity 2.0 alongside other fan favorites – Merida, Maleficent, Stitch, Tinker Bell, Aladdin and Jasmine.

Joining Sorcerer’s Apprentice Mickey from Disney Infinity, Donald Duck is the second of Disney’s fab five to be added to the Toy Box and is sure to bring nostalgia to Disney fans everywhere.  Donald Duck delivers his signature catch-phrases, fiery temper and special abilities like tossing objects, sweeping up enemies with a broom and becoming a feathered fury to the new Toy Box mode where families will be able to use hundreds of Disney and Marvel themed items, locations, props, vehicles and characters to create one-of-a-kind adventures.

Don’t get your feathers in a ruffle quite yet! A new Donald Duck themed Power Disc will also be available for players to use in the Toy Box mode to customise and enhance the experience. Players will be able to use the “All for One” Power Disc to change their Donald character into a Three Musketeers costume.

Disney Infinity 2.0 will be fully localised in Danish, Finnish, Norwegian and Swedish. Scheduled for release in Nordic retail stores on September 19th 2014.

Disney Infinity is an interactive gaming platform where players have unprecedented freedom and endless opportunity to create stories and play experiences starring the beloved characters from across the worlds of Disney. Building on the success of last year’s initial launch, Disney Interactive announced that Disney Infinity’s next chapter, Disney Infinity: Marvel Super Heroes, will hit stores this fall. In the all new game, players use real-world interactive figures to activate original storylines (Play Sets) in the virtual game worlds of popular Marvel franchises and create new adventures with other Disney Infinity characters in the Toy Box mode. For more information, visit Disney.com/Infinity.