“Trivia Crack” named App of the year by Apple 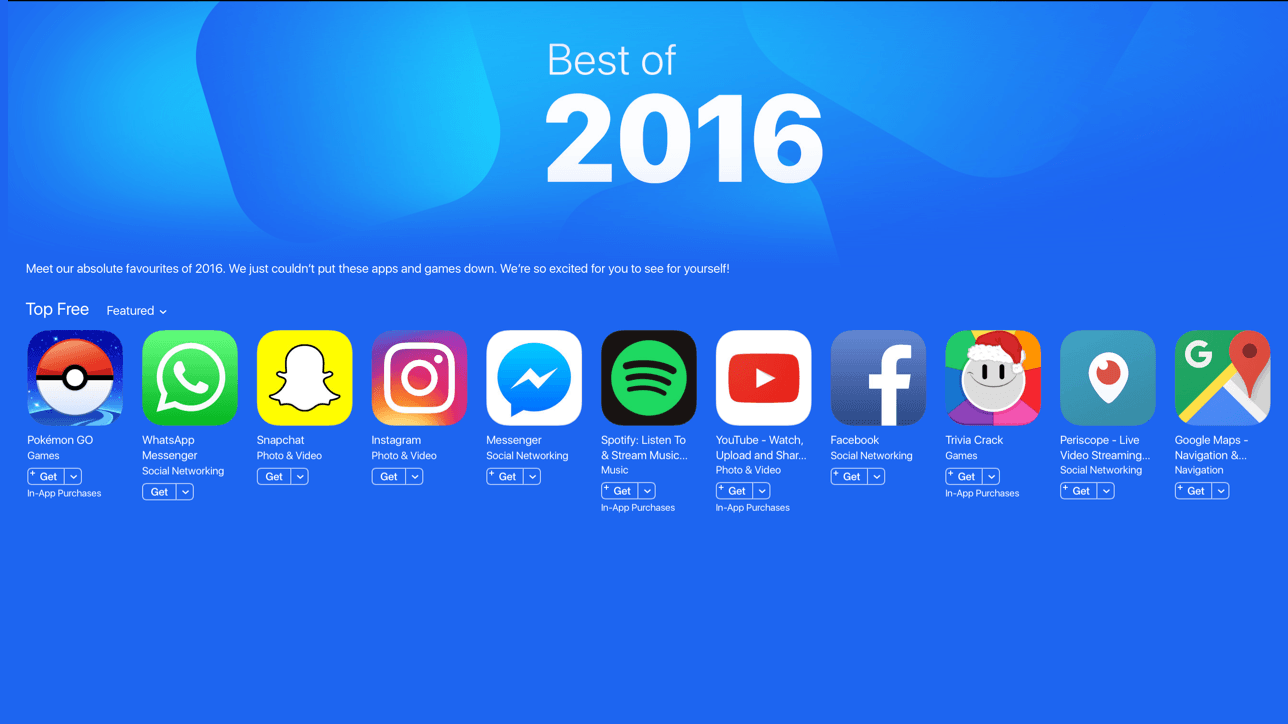 Etermax, creator of the world’s most popular quiz game, Trivia Crack, is finishing off its record setting year with a bang.   Apple featured Trivia Crack as one of the App Store’s best free apps of 2016 in Denmark, Norway, Finland and Turkey, beating out perennial frontrunners like Twitter, Spotify, Periscope, Clash Royale, Netfilx and Piano Tiles, among many others.   Available in more than twenty languages worldwide, Trivia Crack is a global phenomenon and has been downloaded more than 200 million times, becoming the world’s 5th most played game and leading rankings in more than 36 countries. For the holiday season this year, Trivia Crack will get a festive makeover, with Christmas-themed questions, characters and graphics, including simulated snowfall within the gameplay.  The game will be updated with new permanent features: a VIP Machine will be added to allow users to obtain the cards they may be missing from exclusive collections so that they can complete their albums; and a new Trading Card Kiosk will be included in the game in order for users to trade their repeated cards for gems. Players will be able to access it through the Machine Room. “2016 has been an absolutely fantastic year for Etermax. Trivia Crack dominated the charts around the world and reached new audiences. Etermax’s mission is to help improve education worldwide and have fun doing it! We will continue this dedication to education and entertainment in 2017 and beyond” – said Etermax CEO Maximo Cavazzani.  Trivia Crack’s success spurred a sequel game released last year called “Trivia Crack Kingdoms”. The game features all-new topical questions created by players as well as top brands and NGOs like PEOPLE Magazine, Time Inc, iHeartRadio, A&E Networks LATAM (History Channel LATAM), Sony Pictures Entertainment, MTV LATAM, Greenpeace, among eighty exclusive brands.