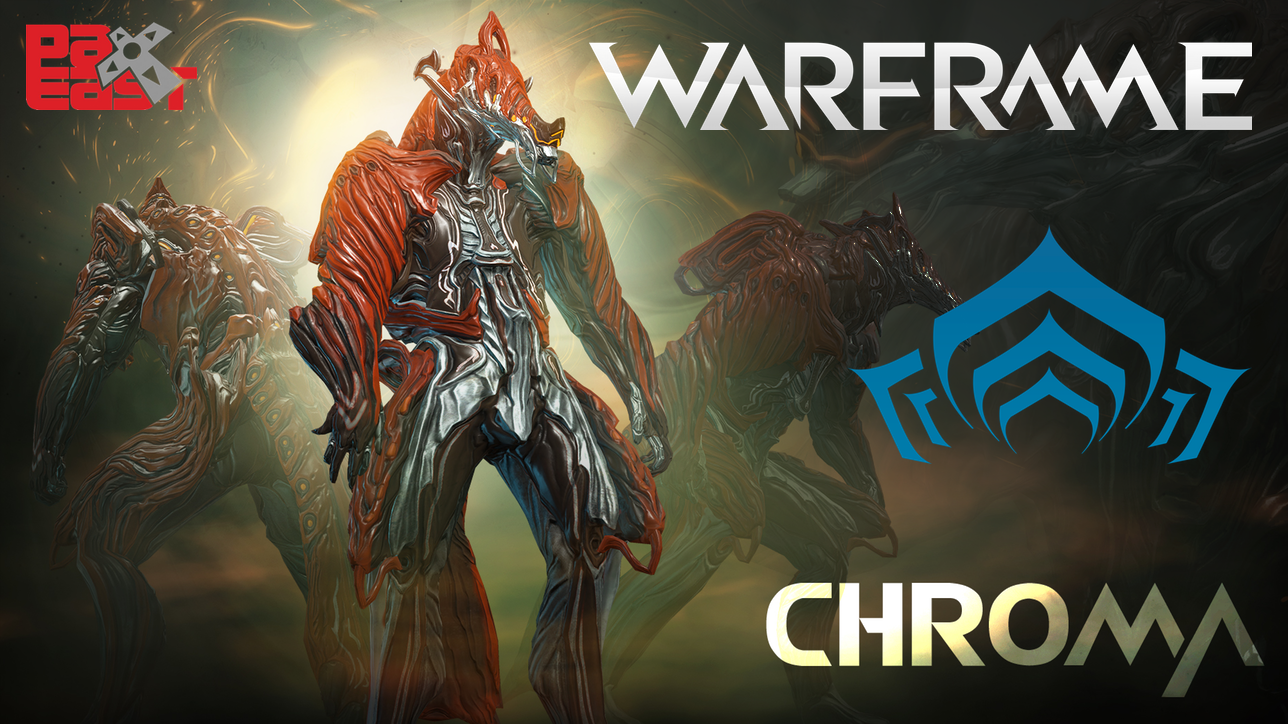 New Warframe Chroma and much more!

Nordic  – March 9, 2015 – Digital Extremes revealed numerous exciting changes and additions coming to Warframe in 2015 during its recent PAX East after-dark livestream on March 6th.  TennoLive 2015, the live-audience livestream was chock full of new announcements for the Free-to-Play blockbuster, Warframe.  Fans who missed the event can watch it on the official Warframe YouTube channel at https://www.youtube.com/user/PlayWarframe

TennoLive is an exclusive live community event hosted by the Warframe Development team to reveal details of upcoming content and gameplay plus, have fun getting to know their fellow Tenno in real life.

Introducing a little bit of mythical mystery; a new dragon-themed Warframe, Chroma, was introduced to the thundering approval of fans both live in the audience and watching at home on Twitch. Additionally, Volt was revealed as the latest Warframe to soon receive the gilded Prime treatment.  Players will also be treated to a new enemy faction named the Sentients as well as a new PvP-focused capture-the-flag mode, ‘Capture the Cephalon’ and a new Sanctuary area.

Details revealed at TennoLive included the unveiling of Parkour 2.0, a new enemy faction, a new Dragon-themed Warframe, new Melee Weapons, and a New Prime Warframe.  With the new Parkour system coming, Warframes will have new ways to navigate both new and familiar tricky areas with swag moves.  There will be a trio of new weapons to wield while doing so, including the Community Concept weapon, the Mios, the Puncture Glaive and the Dark Dakra, in honor of the two year-anniversary of Warframe.

All new features and content revealed will be released throughout the rest of 2015.  Fans tuning into the bi-weekly Warframe Devstreams will continue to be the first to hear additional details and launch dates for this new content.  The next regularly scheduled Devstream airs on twitch.tv/Warframe at 2:00 p.m. EDT, March 20th.  To learn more about Warframe, download the game and join the community today. Visit the official website at: www.warframe.com