Warframe: Specters of the Rail Available For PC Today! 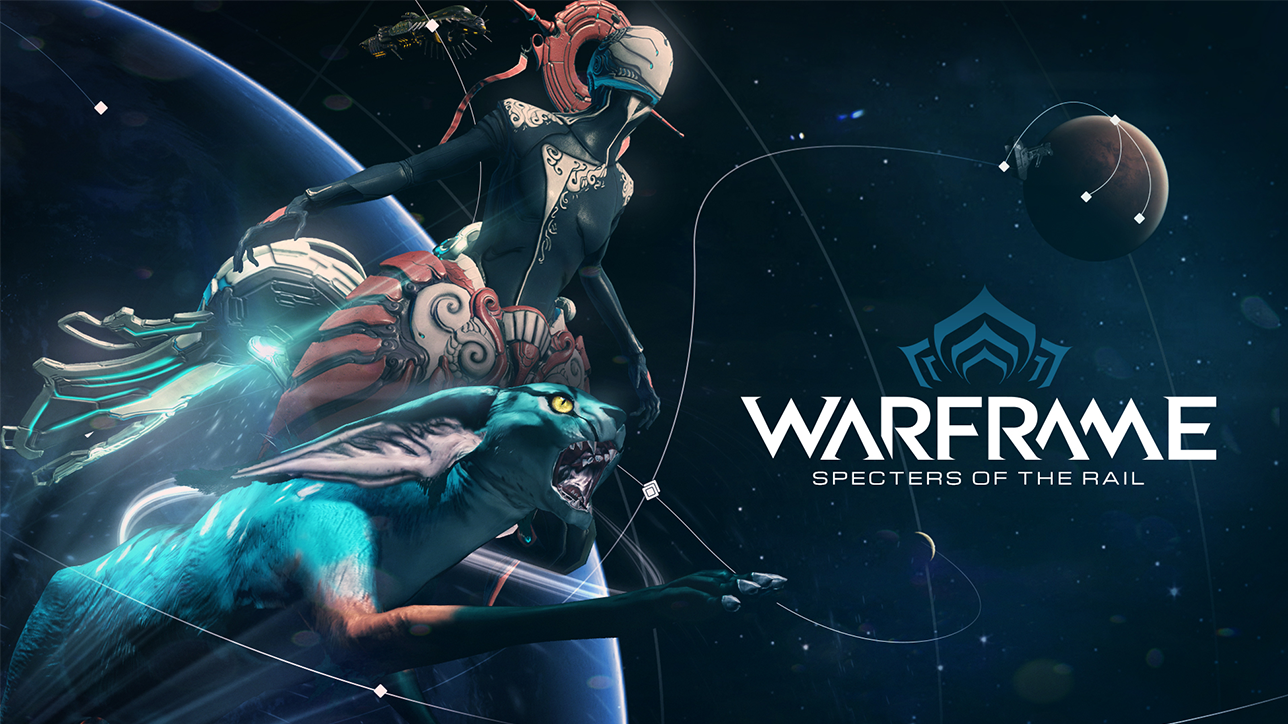 A new species enters the Arsenal! These ferocious space cats come with their own Cosmetic Armor and Mods, offering a more defensive style of support in-battle. Two unique Breeds with their own unique set of perks are currently available:
• Adarza Kavats are lethal and sly, offering increased Critical Chance for short durations and the possibility to reflect damage back at their attackers.
• Smeeta Kavats are aloof but powerful, occasionally projecting an image of itself to distract enemies and granting good fortune to squad members.

Finding Kavats has unlocked the secrets of aging as well. All biological Companions will be instantly Matured at the press of a button — but think before you act. Puppies and Kittens now have free roam of your ship. Players must weigh the benefits of an adorable companion at home, or a ferocious beast at their side on the battlefield. ARCHWING OVERHAUL

Archwing has received an entirely overhauled Flight System, offering players six degrees of freedom! In order for Tenno to explore these changes to their fullest, a new Support Class and new Game Modes have been implemented as well. These additions include:
• A Support Archwing, for those who want to support their fellow Tenno.
• Archwing Pursuit Mode, where players must hunt and battle a heavily-defended Grineer Ship, evading its turrets, mines, and reinforcements along the way.
• Archwing Rush Mode, which requires players to prevent the escape of numerous hostile supply ships in a set period of time.

Find a new way to experience the Origin System with the complete rework of the Star Chart. Let the nostalgic roadmap design lead you through the stars as you embark on a quest to re-activate the links between Planets called Junctions. This roadmap design is a throwback to the early UI in Warframe which loyal players have often expressed the desires to see revived. While shrouded in mystery, these new ghostly environments will make it easier to traverse the Origin System if your skills are up to the test.PC players can download Warframe with the new Specters of the Rail update for free today! PlayStation 4 and Xbox One players will receive this update soon.Lunaro coming to PlayStation 4 and Xbox OneIn addition, console players can look forward to the addition of the new game mode Lunaro. Scheduled to launch later this week, Lunaro is a new, fast-paced, competitive team sport challenging players to use skill, mobility, teamwork, and creativity for victory and honor. Accessed in-game through the Conclave, Lunaro invites Tenno to join team Sun or team Moon with up to three players per team. Teams must defend their goal while doing their best to score by shooting the ball (or Lunaro) through the opponents’ goal. Tenno may defend their zone by smashing the Lunaro out of the opponent’s possession or by knocking them down with a crushing hit.
TAGS > developer, digital extremes, gaming, independent, pc, PlayStation 4, space, warframe, xbox one NO COMMENT