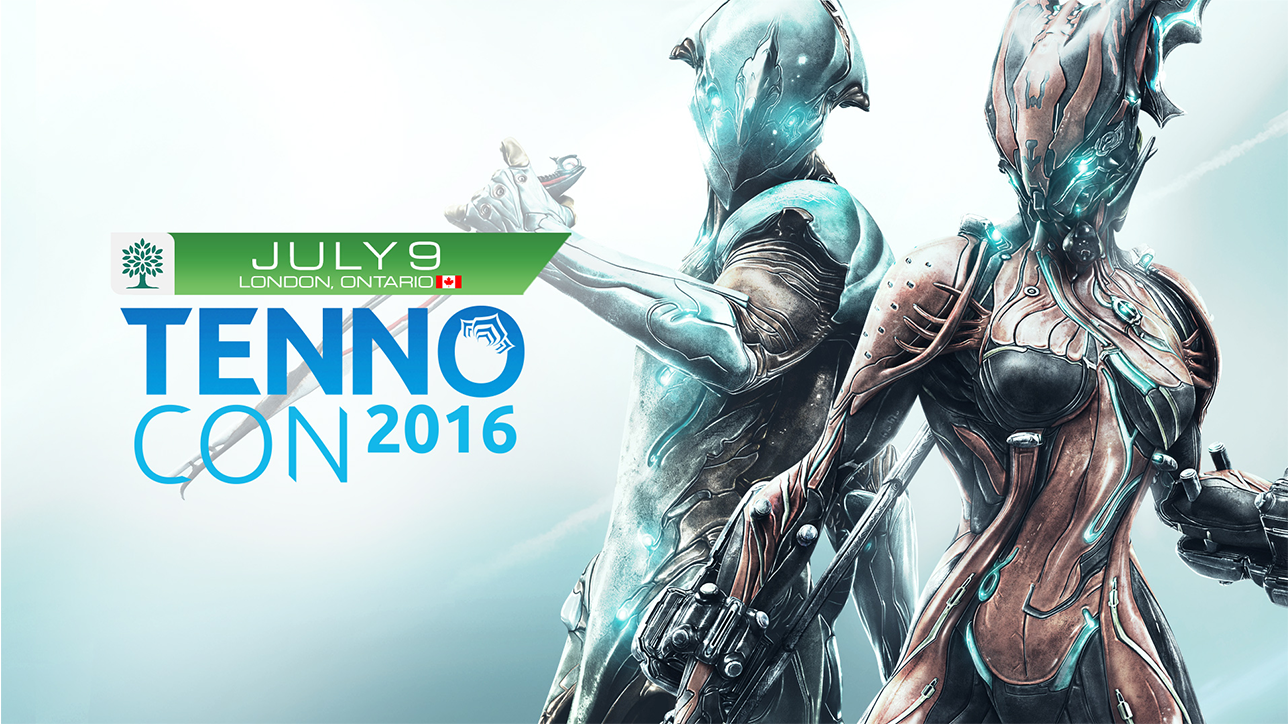 Over 1,100 Players from Around the World Gathered to Celebrate Warframe in London, Ontario, Raising Over $74,000 for Outward Bound Canada

On Saturday, July 9, 2016, over 1,100 Warframe players and fans from around the world gathered at the London Convention Centre for TennoCon 2016, the first ever convention devoted exclusively to Warframe, the Free-to-Play hit from independent developer and publisher Digital Extremes. This first-of-its-kind event for the company offered Warframe players, better known as Tenno, a day full of fun activities, panels, tournaments, and the opportunity for the title’s dedicated community to meet each other and connect with developers.

Earlier this year, Digital Extremes  pledged to donate 100% of ticket sale proceeds for TennoCon 2016 to official charitable partner, Outward Bound Canada, supporting its programs for at-risk youth, women survivors of violence, and military veterans transitioning to civilian life. Today, Digital Extremes is proud to announce that together, TennoCon 2016 attendees raised over $74,000 CAD in ticket sales for this sold out event for Outward Bound Canada.“I’m not often speechless but there are no words I can say that captures the excitement and emotion felt when meeting so many fans today in person,” said Steve Sinclair, creative director at Digital Extremes.  “It was an incredible experience for me and the entire Warframe development team to see how games – our game – can bring people together in such a positive way.  Our community is second to none and they proved it by making our first TennoCon a huge success not only by attending but also by raising a significant amount of money for a very good cause.“TennoCon 2016 concluded with a special edition of the Warframe team’s TennoLive show, streamed live on twitch.tv, where players were treated to exclusive first-looks and teases for new and exciting content coming to the world of Warframe this year. Highlights include: The War Within Teaser: The War Within will be the final installment of Warframe’s latest three-part update, starting with the release of the new competitive sport mode, Lunaro, in June and followed by the Specters of the Rail last week. TennoCon 2016 attendees received a first-look at a cryptic teaser, featuring the Operator as well as Conclave Master, Teshin. Expect more news on what’s in store for Tenno in the next chapter of Warframe’s storyline as the launch of The War Within draws nearer. Console players can expect to see The War Within update following its PC debut.Titania Warframe Debut: Warframe Design Director Scott McGregor shared plans for designs and abilities for Titania, an all-new Warframe-in-development. Most exciting was plans for Titania’s ultimate ability, which will shrink the Warframe down to 1/10th of its normal size, allowing players to navigate levels in Archwing mode while attacking enemies with swarms of Titania’s vicious butterfly minions. Please note that all names and ability descriptions are not final at this point.100 Days of Warframe Teaser: Working in partnership with Paul Otaking77077 and the good folks at mashed, 100 Days of Warframe will be an action-packed animated video short that pays homage to Warframe and its awesome community with a humorous storyline based on the first 100 days after a Tenno awakens. Expect more news about 100 Days of Warframe later this summer.