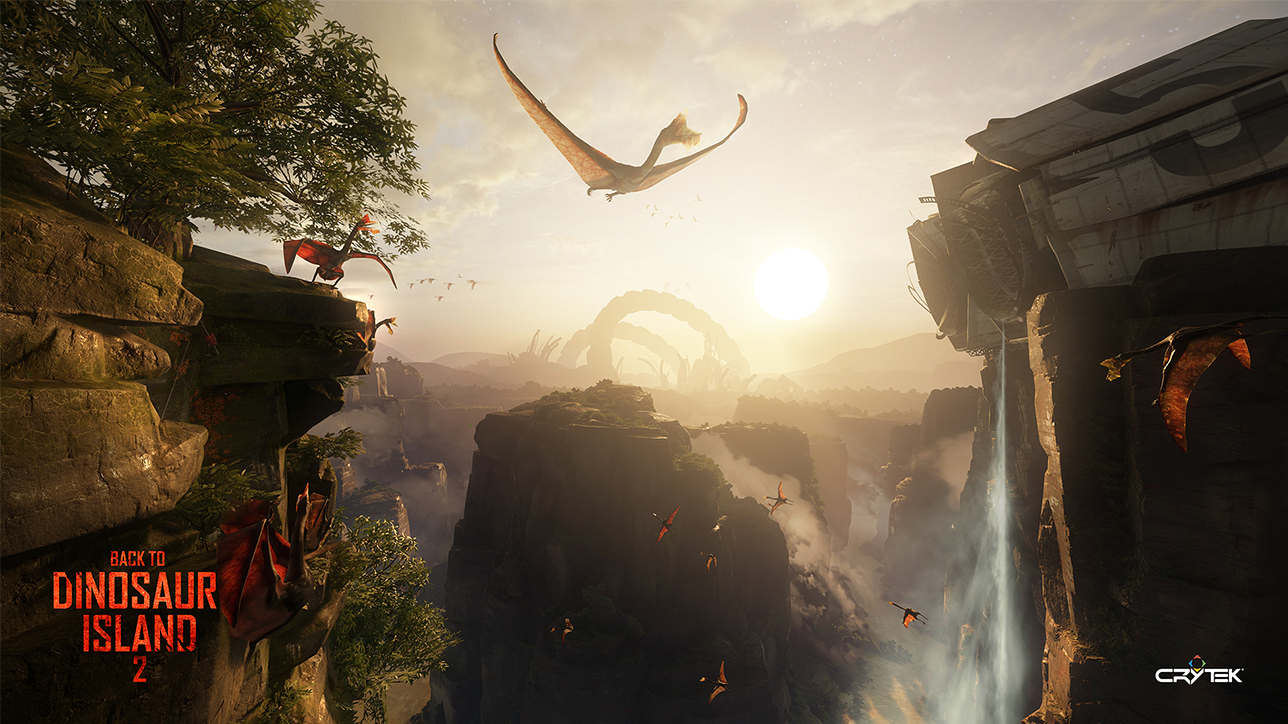 Crytek released its Back to Dinosaur Island 2 virtual reality demo as a free download today, giving players everywhere the chance to experience the combined power of CRYENGINE and VR hardware.Back to Dinosaur Island 2 received a glowing reception when it was first shown to attendees at E3 2015 and has previously only been playable at select industry events. Now, however, gamers everywhere can sample the VR experience firsthand by downloading it for free from Steam The demo invites players to scale a deadly cliff face as huge flying dinosaurs react to their presence, and debris rains down from above. Mysterious landmarks on the horizon and stunning vistas on every side combine to immerse gamers in an entirely new reality.Crytek’s Executive Producer, Elijah Freeman, said: “The feedback we received from people who played Back to Dinosaur Island 2 was really encouraging, and the lessons we learned from creating it have been significant for our current VR projects. The demo goes beyond being merely a visual showcase and includes interactive elements that harness the unique power of the medium. By making this experience available for free, we hope as many players as possible will take the opportunity to feel truly present in a new world of dinosaurs.”Crytek has also released a video that offers a glimpse of what to expect in the demo. The video is now playing at YouTube , and gamers can visit www.crytek.com and www.cryengine.com for the latest news on Crytek’s ongoing work in VR.

Back to Dinosaur Island 2 can be played using any VR headset with Rift SDK 0.8 and later.